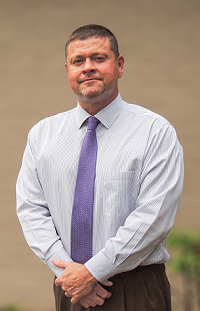 Terry Len Varner, age 47, of Water Valley, MS died Sunday, January 26, 2020 at Baptist Memorial Hospital in Oxford, MS. He was born June 27, 1972 in Pontotoc, MS.
After moving to Water Valley, Terry played high school football for the Water Valley Blue Devils. After graduating in 1990, Terry earned his Masters of Accountancy from Delta State University. He was presently working at the Yalobusha General Hospital and Nursing Home as the Chief Executive Officer. During his career, Terry dedicated his time and talents to serving different organizations connected to his field, including, president of Delta Rural Health Network (now known as the Rural Hospital Alliance), Vice Chairman of Healthcare Providers Insurance Company (HPIC) – 2003-2016, member of the Nursing Home Administrators Licensing Board, Medicaid/Medicare Advisory Committee, National and State Rural Health Associations, Mississippi Society of Certified Public Accountants, and the American Institute of Certified Public Accountants. Terry also served his local community in the Lions Club, president of the Chamber of Commerce in 2003, past president of the Rotary Club, as well as coaching in the Magnolia Youth League.

Terry enjoyed golfing, attending sporting events at Mississippi State, and traveling and spending time with his family. Terry was also a member of the First United Methodist Church of Water Valley where he served as Chairman of Finances.

Terry was preceded in death by his step-father, Max Peacock. 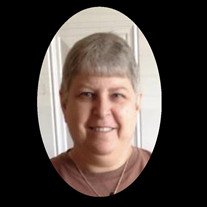 Patti McMinn, age 57, of Olive Branch, MS died Wednesday, March 13, 2019 at Methodist Hospital in Germantown, TN. She was born April 14, 1961 to the late John and Helen Knight Anthony and worked 36 years as a registered nurse, most recently at the Yalobusha County Hospital in Water Valley. She enjoyed spending her off time with her grandchildren whom she adored. She was also a member of First Christian Church in Water Valley. 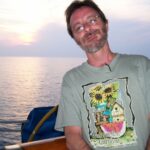 Robert Christopher Wall, age 50, died Monday, November 27, 2017 at his home in Water Valley, MS. Chris was born November 2, 1967 in Jackson, MS to Robert Wall and the late Paulette McLendon. He earned a Bachelor of Science degree in social work from the University of MS, and was a devoted social worker at Yalobusha General Hospital and Nursing Home for 25 years. Chris had a servant’s heart, and his compassion for others was felt by the whole community. He always went above and beyond to help others in any situation. Chris is remembered for finding the good in any circumstance that arose. He was a member of Gatewood Church of God in Coffeeville, MS.

Linda Fite Ingram, age 71 of Water Valley, MS died Saturday, December 1, 2012 at Gilmore Regional Medical Center in Amory, MS. She was born June 22, 1941 in Oxford, MS to the late Cloud C. and Beatrice Smith Fite. Linda owned and operated B&I Gin Company, served as Chairman of the Board of Directors for Yalobusha General Hospital, served on the Board of Directors for Tallahatchie Valley EPA, a member of the DAR and a lifetime member of Junior Auxiliary. Linda held on to her childhood membership at First Presbyterian Church of Water Valley, MS but faithfully attended First Baptist Church of Water Valley with her husband and family where she served for many years as a Sunday School teacher. Linda was a devoted wife, mother and grandmother and loved spending time with her family and friends.

Dr. Joe Wayne Walker, 75, of Water Valley, MS died Saturday, December 29, 2012 at Baptist Memorial Hospital in Oxford, MS. Born in Detroit, MI to the late James Woodrow and Mary McCaslin Walker on December 12, 1937, Dr. Joe graduated Peabody High School in Trenton, TN, attended the University of TN and the University of TN College of Medicine. He completed his internship at Richland County Hospital in Columbia, SC. While serving as chief resident of internal medicine at Baptist Memorial Hospital in Memphis, TN, he began his involvement in Yalobusha County as an ER Physician in Yalobusha General Hospital. In 1971 he moved his family to Water Valley and started his practice. Dr. Joe was proud to live and work in Water Valley and continually expressed his love for the people and the community. In 1998 he was presented the Braswell Hatcher award by the Water Valley Chamber of Commerce. Dr. Walker served on various committees and was currently serving as Chairman of the Physicians Health Network of Mississippi. He touched the lives of many in Yalobusha County through his love of sports. For many years he coached for the Magnolia Youth League and also served as past president. He was instrumental in the development of the Crawford Sports Complex, his "Field of Dreams". Dr. Joe supported Blue Devil Athletics as team physician, oftentimes helping the youth physically and financially when needed.

He was dedicated to helping men and women who struggle with the disease of addiction and was actively involved in AA and at the time of his death he was the Chairman of the Board of Branch of Hope. He had a passion for gardening and growing roses, and he dearly loved his family and friends. He was an active member of First Baptist Church of Water Valley.

In addition to his parents he was preceded in death by two sisters, Elizabeth Jane Walker and Linda Walker Farmer; his son, James Woodrow "Woody" Walker, II and a son-in-law Richard Baab Griffin.

Dr. "Bo" Bojan Milicevic, M.D., age 49, passed from this life on Monday, November 19, 2007 at the Baptist Memorial Hospital – N MS in Oxford, Mississippi. He was born to Marko and Desa Ilic Milicevic in Prokuplje, Serbia. He has been a dedicated physician for 26 years. He was a member of the A.M.A. Association and Serbian-American Association.

He was preceded in death by his father, Marko Milicevic.

Brownlow Jackson Crawford, a business owner and entrepreneur whose philanthropic spirit has forever changed the heartbeat of Water Valley, MS as well as other surrounding communities, has died at age 77. Brownie, as he was affectionately called, was born in Sugar Creek, GA on February 18, 1930, to Carl Clifford and Nona Margaret Cobb Crawford, and was the eldest of nine children. He passed away on Sunday, November 4, 2007 at Baptist Memorial Hospital in Oxford, MS.

Though not formally educated beyond a high school diploma, Brownie was a self-educated man who read voraciously, listened intently, and had a keen sense of business trends and marketing. Brownie, along with his wife Dorris, sent his younger brothers and sisters to college during the fledgling years of their poultry business, fueling his love for giving and helping others as he and Dorris grew more successful in their business ventures.

Despite his efforts to mask his generosity, the term "anonymous donor" became synonymous with "I bet that's Brownie." His innumerable contributions have touched the lives of Yalobusha and Lafayette residents and beyond, notably in the areas affecting youth and children, local and foreign medical missions, sports, education, and those less fortunate who need a helping hand. Brownie enjoyed recounting the unusual and humorous details of his salvation experience with Christ Jesus, and never hesitated to give God the glory for the many blessings he enjoyed sharing with others.

In addition to his reputation as a generous giver, Brownie was widely reputed as a practical joker with hilarious tales to share. His infectious laugh was magnetic, and his tales grew with each retelling. Brownie was an avid walker, often up and walking in the wee hours of the morning before the rush of the business day compelled him to spend many hours in his Crawford and Associates office near his home.

In an effort to capture Brownie's life in a few paragraphs, his daughter, Lorri, was asked to offer input. Her modest answer sums up everyone's incapability to pen his life. "Daddy's life was bigger than words; his life was action." Brownie will be tremendously missed by his family, his church, and his countless friends.